Warning: A non-numeric value encountered in /home/customer/www/lukeslifelegacy.org/public_html/wp-content/plugins/new-royalslider/classes/rsgenerator/NewRoyalSliderGenerator.php on line 339 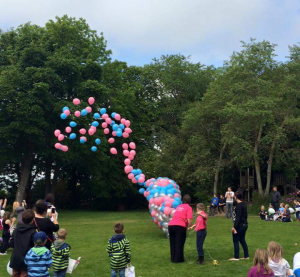 Hundreds of youngsters have taken part in a special welly wander in memory of a brave North Tyneside boy.

His mum Fiona, from Holystone, set up a charity to ensure his name lives on, which has already raised thousands of pounds to help others affected by the condition.

To mark the anniversary of his passing, Luke’s brother Matthew released dozens of balloons during a sponsored welly wander around the Rising Sun Country Park in Benton.

Fiona said: “It was a beautiful tribute to our lovely Luke.

“Thanks to everyone involved, the support was simply breathtaking.

Photos from the day